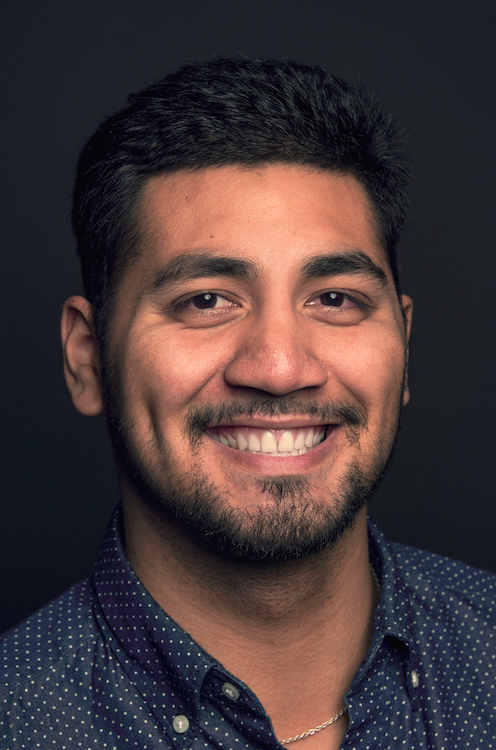 Concepcion: A Family's Journey on the Immigrant Wave That Changed the Face of America

A story about a family's immigrant optimism crashing into reality, Concepcion reveals the American mythologies that lured people from countries damaged by US foreign policies and the nation's ongoing internal fight between the principles of inclusion and white supremacy.

From Concepcion: A Family's Journey on the Immigrant Wave That Changed the Face of America:

Three decades on the job, Uncle Spanky is the supervisor on his crew of baggage handlers at San Francisco International Airport. The younger guys he works with didn’t believe him when he told them his age. Still strong and slim, with a ponytail under his cowboy hat, thick mustache under his wraparound sunglasses, Spanky lifts and loads, lifts and loads the overstuffed suitcases, the boxes of fruit, the jangling golf bags, smooth and brisk, knowing just how to grab, just where to hold, to avoid fumbling, to minimize strain. He couldn’t respect the supervisors who didn’t haul alongside their crew. His back might lock up once in a while, but his spirit is spry, the quips coming fast and corny, the joy shining bright as ever when he greets you. The most accurate way I can describe my Uncle Spanky is that he carries himself the same way he eats—savoring, patient, purposeful, his plate piled the highest, the last to leave the table.

Though it had not always been the case, Spanky came to take great pride in his job—his personal, back-breaking role in helping make the world feel smaller. He thinks about the names on the luggage tags, the people floating in that limbo between leaving and arriving. Three decades ago, his own flight had rolled to a stop on the tarmac where he now spends his days. He’d lifted his own suitcase from the conveyer belt on which he now drops the bags of others. All these years later, Spanky was still at the airport.

Only occasionally does he think about the paths not taken, the imaginary visions that flash to the front of his mind, tempting him with regret. Every immigrant leaves behind an old life. Before he was a baggage handler, before he crossed the ocean, my Uncle Spanky was a motherfuckin’ rockstar.

The band was called VST & Company. The “S” stood for Spanky, who wrote and produced songs and played guitar; the “V” and “T” for Vic and Tito, the lead singers. Alongside the half-dozen or so men who made up the “& Company”—a conglomerate of drummers, guitarists, keyboarders, and backup vocalists—Spanky, Vic, and Tito rose to stardom in the 1970s, their shiny, sleeveless, sequined vests sparking under the disco balls of sold out shows. They toured the country. Adoring mobs pursued them into restaurants and hotel lobbies. Bar owners covered their tabs and kept the beers flowing long past closing time. They were as big as it gets in the Philippines, A-List celebrities who’d earned themselves a rarefied path to the country’s upper-crust comforts.

With a style that blended high-octane disco with traditional Filipino love songs, VST was part of a cultural renaissance that coalesced in those years as medicine for the anxieties of Martial Law. The relentlessly upbeat music, dubbed “Manila Sound,” washed the country in escapist pleasure, fueling sweaty house parties that pushed on until the curfew lifted at dawn and revelers could stumble home without getting jailed or shot. It was music that sizzled with optimism and innocence—hearts won and kisses promised, caring arms and grooving bodies, fantasies unveiled as reality. The title of the band’s debut single, "Awitin Mo at Isasayaw Ko," which immediately went gold, seemed to embody the band’s mission statement: “Sing your song and I will dance.” Spanky would always say that his favorite part of being a rock star was that moment on stage when he made eye contact with someone in the crowd who was just lost in the melody, swinging to the beat, euphoric, far away from whatever existed in the silence beyond.

Albert Samaha is an investigative reporter at BuzzFeed News and author of Never Ran, Never Will, which was a finalist for the PEN/ESPN Literary Sports Writing Award and winner of the New York Society Library’s Hornblower Award. His 2015 story on a narcotics unit led to its captain’s resignation, his story on a wrongful conviction freed a man from prison in 2017, and his 2018 story on a teenager assaulted by two detectives led six states to strengthen police sexual misconduct laws. His story on why Filipinos elected Rodrigo Duterte was selected into The Best American Travel Writing 2018.

See Albert tell the story of his Uncle Spanky, who left a career as a rockstar in the Philippines to move to the US, as part of Pop-Up Magazine here.

The grant jury: The simple question about the immigrant experience at the heart of this project feels essential: Was it worth it to come here? Samaha approaches the subject as an investigator, deftly situating his riveting family history in the context of global currents of immigration over the past half-century, analyzing the lure of American culture and the reality of American life. His treatment is rigorous, and unsentimental, refusing easy answers; in a moment when immigration dominates the headlines, this is a refreshingly honest and apolitical take. With its clever back-and-forth structure, insightful analysis and superb character development, Concepcion weaves history, statistics, and personal narrative in prose that is taut and witty and charged with life. It is a remarkable synthesis: a memoir that feels expansive and outward-looking.