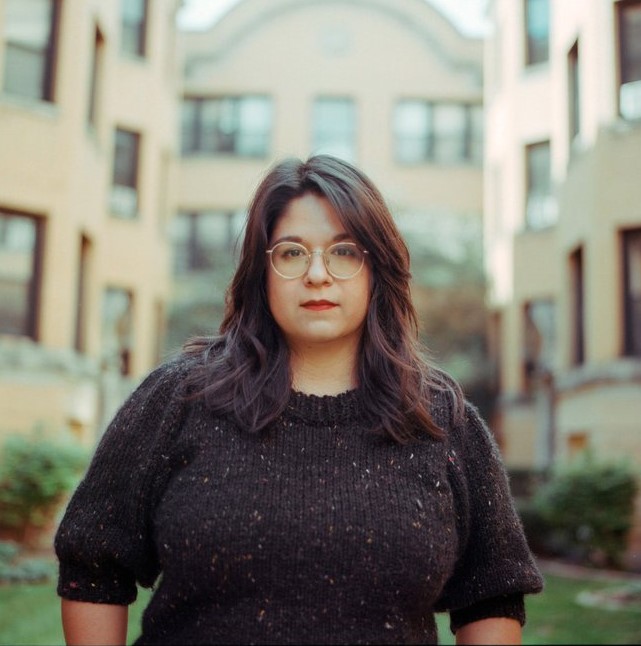 Rivermouth: A Chronicle of Language, Faith, and Migration

To be published by Astra House

Rivermouth is an urgent reckoning and reexamination of the humanitarian crisis we call the American immigration system, told through the lens of the author’s work as a translator for asylum seekers. Each of the book’s three parts orbits around a space that becomes a unifying metaphor: the river as the waterway that separates the United States and Mexico, as well as the river of meaning that translators must navigate; the table where Oliva helps asylum seekers fill out applications, and scrutinizes how utopian aid so often falls short of helping those who need it most; and the wall as the behemoth imposition that runs along America’s southernmost border, as well as the confines of the migrant detention centers where our carceral and immigration systems intersect.

Couples get married in this line, kiss each other goodbye in this line, cry, recite over and over again to themselves the answers they have prepared for their Credible Fear Interview like litanies. Mothers sharpie phone numbers onto their children’s bellies—the family separations have allegedly stopped at this point, but nobody wants to take any chances. Sometimes there is a white-collared priest or a pastor among the volunteers, and they ask if anyone wants prayers. Sometimes I translate, a huddle of us holding hands, the electric current of intention running from the pastor’s hand through mine and to those receiving the blessing. There are little moments of comfort: a woman passes a huge jar of Vaseline to a single man waiting in line next to her so he can use it to cover over scrapes and bumps on his legs, a woman re-braids the hair of someone else’s daughter eye-wateringly tight to prevent the lice that is said to run rampant at the detention centers and the hopeless tangle that results from not being able to brush or bathe adequately for days. “Hay que estar bien arregladita,” the woman says, snapping an elastic onto the end of a wispy little braid.

And then, just as the last baby hair has been brushed into submission, as clothes are straightened out and crumbs and dirt are dusted off, the guy with the mustache from Grupos Beta starts calling out names again, checking things off on a clipboard, sending people around the concrete bars that make up the fence and into waiting vans with metal grates across the windows. Up until this point, everything has felt ad-hoc, somewhat informal and loose, or at least negotiable, but with that clipboard, and that line, there’s an order put in place, the knowledge of some kind of an authority standing over it all, a knowledge that disobedience comes with consequences.

Two times each day, once in the morning and again in the afternoon, we watch this familiar procession. Those who’d heard their number called that morning load whatever luggage they have into the back of the van, pass children into the cabin and then climb up its steep step themselves, disappearing behind windows with bars over them, like a prison van. The man with the mustache shuts the door and the grates close over.

Throughout those long days, as we prepared people to cross over, we listened to them talk about “el otro lado” with burning intensity, even as they could only give vague answers about what it would look like and feel like, what they would do when they got there, and what would happen next. We prayed over people, blessing their journeys. I helped translate the prayers of clergy from English to Spanish: “Que Dios les bendiga, que les vaya bien, que Dios los cuide.” We offered a few small comforts before they left—but all with the forced cheerfulness of a wake that's trying to be a party.

Our language was that of crossing a border, but it was also the language of death.

Alejandra Oliva is an essayist, embroiderer, and translator whose writing has been included in Best American Travel Writing 2020, nominated for a Pushcart prize, and honored with an Aspen Summer Words Emerging Writers Fellowship. She is the Yale Whitney Humanities Center Franke Visiting Fellow in Spring 2022. She lives in Chicago with her husband and dog.

The grant jury: Subtle, personal, and deeply informative, this is one of those books that catapult you to a place you have never been. Translation is the author’s vocation as well as a metaphor for the in-between spaces that her personal and professional identities compel her to traverse. Alejandra Oliva stands at a literal border and contemplates the metaphorical borderlines language creates, in terms of both the immigrant crisis and her own identity as a bilingual Mexican-American. Driven by a fierce sense of social justice, she is also an exquisitely controlled journalist. Her candid, intimate voice is irresistible.