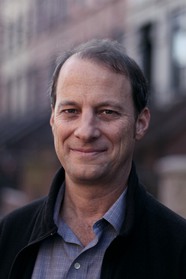 Our Man: Richard Holbrooke and the End of the American Century

Published by Alfred A. Knopf

From Our Man: Richard Holbrooke and the End of the American Century:

The light in his dilated pupils told you that his intelligence was always awake and working. His eyes captured nearly everything and gave almost nothing away. Like one-way mirrors, they looked outward, not inward. I never knew anyone quicker to size up a room, an adversary, a newspaper article, a set of variables in a complex situation—even his own imminent death. The ceaseless sizing up told of a manic spirit churning somewhere within the low voice and languid limbs. Once, in the 1980s, he was walking down Madison Avenue when an acquaintance passed him and called out: “How are you, Dick?” Holbrooke watched the man go by, then turned to his companion. “What do you think he meant by that?” Yes, his curly hair never obeyed the comb, and his suit always looked rumpled, and he couldn’t stay off the phone or TV, and he kept losing things, and he ate as much food as fast as he could, once slicing open the tip of his nose on a cherrystone clamshell and bleeding through several cloth napkins—yes, he was in almost every way a disorderly presence. But his eyes never lost focus.

I’m trying to think what to tell you, now that you have me talking. There’s too much to say and it all comes crowding in at once. His ambition, his loyalty, his cruelty, his fragility, his betrayals, his wounds, his wives, his girlfriends, his sons, his lunches. By dying he stood up a hundred people, including me. He could not be alone. He might have had to think about himself.

So much thought, so little inwardness. Maybe that was something he couldn’t afford. Les Gelb, Holbrooke’s friend of forty-five years and daily recipient of multiple phone calls, would butt into a monologue and ask, “What’s Obama like?” Holbrooke would give a brilliant analysis of the President. “How do you think you affect Obama?” Holbrooke had nothing to say. Where did it come from, that blind spot behind his eyes that masked his inner life? It was a great advantage over the rest of us, because the propulsion from idea into action was never broken by self-scrutiny. It was also a great vulnerability, and finally, it was fatal.

This book recounts the life of the American diplomat Richard Holbrooke and, especially, the three wars in which he was deeply involved—Vietnam at the start of his career, Bosnia at its height, and Afghanistan at its end. Using a fictional narrator to tell a strictly factual account, drawing on exclusive access to Holbrooke’s rich personal papers, the book provides an intimate character study of idealism and egotism, humanitarian purpose and self-blindness, to trace the waxing and waning of America's democratic health and global leadership during the later years of what’s called the American Century.

George Packer has been a New Yorker staff writer since 2003. His book The Assassins’ Gate: America in Iraq was named one of the ten best books of 2005 by the New York Times, was a finalist for the Pulitzer Prize, and won the New York Public Library’s Helen Bernstein Book Award. He has contributed numerous articles, essays, and reviews to The New York Times Magazine, Mother Jones, Harper’s, and other publications. He was a Guggenheim Fellow and has taught writing at Harvard, Bennington, and Columbia. His most recent book, The Unwinding: An Inner History of the New America, won the National Book Award. He lives in Brooklyn, NY.

The grant jury: Irreverent, fast-paced, and unfailingly rigorous, this is nonfiction writing that breaks new ground.  In choosing to relate the staunchly accurate biography of an "almost-great man" from the point of view of a fictional narrator, George Packer has given himself many degrees of freedom not usually available to an authorized biographer. This masterly account reads like a literary novel of the highest order while providing an insightful look into the deeper nature of power and the lives of those who hold it. Packer realized that to tell the story of this giant of diplomacy, whose diaries reflect his involvement in three wars, was also to draw a map of our successes and failures. As Holbrooke, so America. He has created an enthralling nonfiction picaresque that offers incisive clues to the complexities this country faces today.