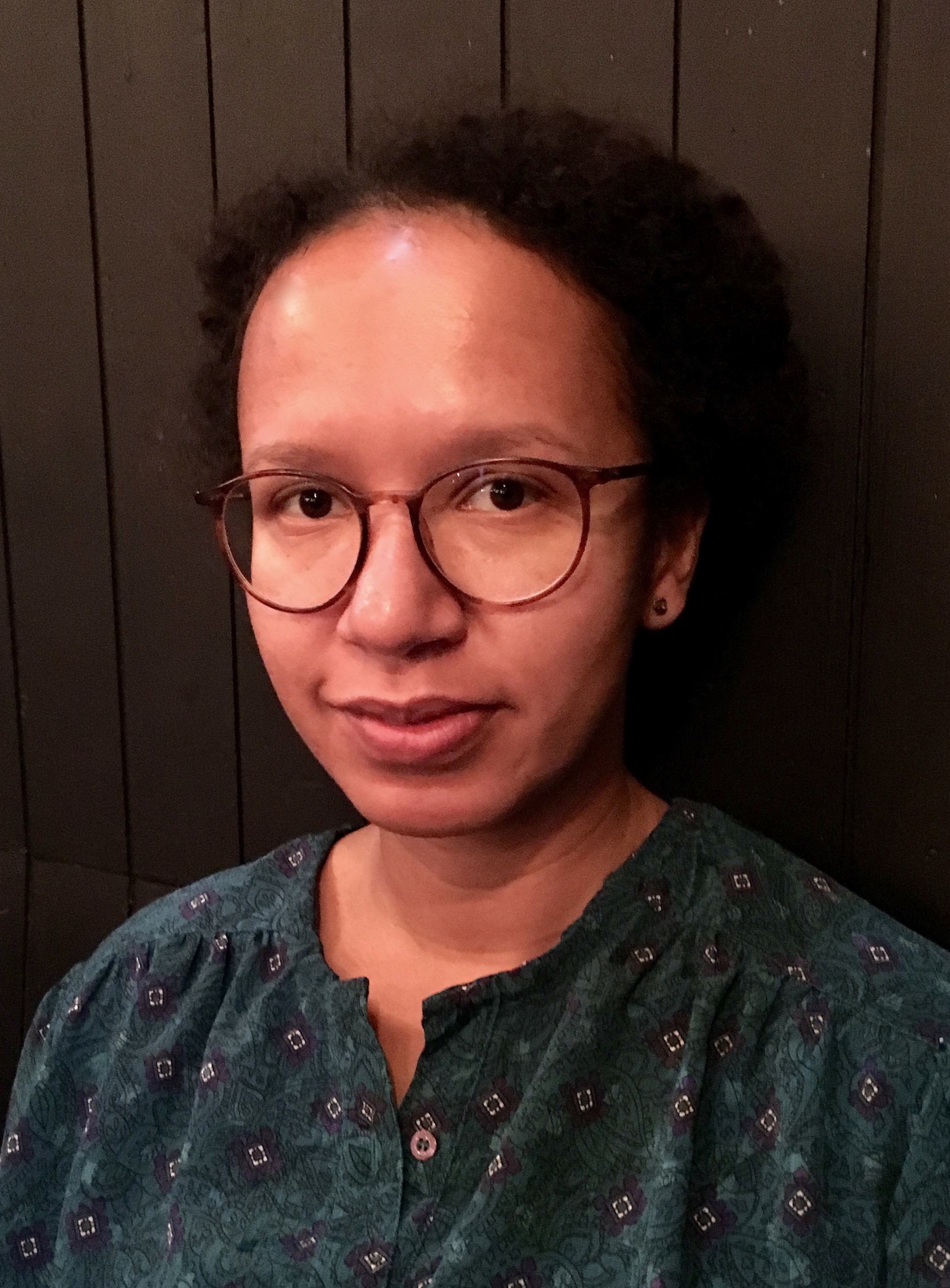 The Trembling Hand: Reflections of a Black Woman in the Romantic Archive

To be published by Hamish Hamilton (UK) and Alfred A. Knopf (US)

Romanticism is best known as a movement celebrating political and imaginative liberty - the human mind freeing itself from the shackles of tradition. But Romanticism also coincided with the apex of the transatlantic slave trade. This book recovers some of the links between the poetry of freedom and the practices of slavery in the Romantic period. It presents an at once radical and intimate group portrait of the major Romantic poets that recasts their lives and works in the light of the Black Atlantic while at the same time describing the author’s own journey through this space with passion, curiosity, disquiet.

From The Trembling Hand:

In Songs of Innocence and of Experience, William Blake uses folksy and almost childlike ballad forms to deliver scathing critiques of social injustice, often drawing on Christian iconography to create redemptive visions of a future where no one has to suffer. His poem “The Chimney Sweeper” attacks child labor by likening the exploited boys to lambs, echoing the Christian notion that Jesus is the Lamb of God. But it introduces a hint of racial ambiguity: “my father sold me,” says the poem’s narrator before telling us of his friend “little Tom Dacre, who cried when his head / That curl’d like a lambs back was shav’d.” These two chimney sweepers could be read as stand-ins for the thousands of “woolly-haired” Africans who were likewise sold and had their hair shaved prior to being forced down into the holds of slave ships – yet the analogy between the London underclass and enslaved Africans breaks down when the narrator comforts Tom with the words “Hush, Tom! Never mind it, for, when your head’s bare / You know that the soot cannot spoil your white hair.” As the poem goes on, the blackness of soot becomes legible as the visible expression of evil: “that very night” Tom has a dream in which an Angel comes and releases him and “thousands of sweepers” from the “coffins of black” where they have been locked up. Now the little chimney sweepers can “run / And wash in a river and shine in the Sun,” ensuring that they are all “naked & white” before ascending to Heaven. Blackness must be purged to gain access to Paradise.

While slavers may have shaved the heads of enslaved people for reasons of hygiene, the ritual anticipated the social and cultural death that awaited Africans at the far end of their passage across the Atlantic. In Hair Story (2001), a cultural history of African-American hair, Ayana Byrd and Lori Tharps suggest that the “shaved head was the first step the Europeans took to erase the slave’s culture,” and that this was an important part of the process that transformed a human being – embedded in a culture and social community – into a piece of property. “Arriving without their signature hairstyles, Mandingos, Fulanis, Ibos, and Ashantis entered the New World, just as the Europeans intended, like anonymous chattel.” The casting off of black hair can be read symbolically as a ritual that expunges Africans from the body of history.

This is of course not the end of the story. It would typically take a slave ship six to nine weeks to cross the Atlantic, so that, on arrival, the captives’ hair would have begun to grow out again, albeit now matted, uncombed, entwined. When hair is neglected for extended periods of time, the outer layer begins to break down, exposing the inner cortex, which is slightly sticky. Hair begins to meld into a mass that can no longer be disentangled: in Europe this condition was called plica Polonica (Polish plait), but in the Caribbean it became known as dreadlocks – allegedly named for the dreadful appearance of Africans coming off the slave ships. The present-day international popularity of dreds or locs is indebted to Rastafarians who embraced the hairstyle in honor of enslaved ancestors. This is a cultural practice of not cutting one’s hair that commemorates both the moment of arrival in the Caribbean and styles worn by legendary African warriors. In this regard, one can read dreadlocks as a living cultural heritage, in vivid contrast to the cut-off locks of their own hair that Europeans exchanged with one another in the eighteenth and nineteenth centuries, locks which now molder in museums and archives.

Mathelinda Nabugodi is a Research Associate in the Literary and Artistic Archive at the Fitzwilliam Museum in Cambridge. She was the first to be awarded a PhD in Creative Critical Writing from University College London, for a thesis on Percy Bysshe Shelley and Walter Benjamin. She has edited Shelley’s translations from Aeschylus, Calderón, and Goethe for The Poems of Shelley as well as the essay collection Thinking Through Relation: Encounters in Creative Critical Writing. She has secured fellowships at the University of Cambridge, Newcastle University, the Bodleian Libraries, and the Huntington Library.

The grant jury: Mathelinda Nabugodi dazzles with her originality of approach in this exhilarating tour de force, opening new ways of seeing and reading. A scholar of the highest caliber, she uses archival treasures--a teacup, a baby's rattle, a necklace made of human hair--to reframe the dusty portraits of the Romantic poets in relation to what has been termed the “racial capitalism” of chattel slavery, the engine of their eighteenth-century Atlantic world. Her own story provides sparkling grace notes as she delves into the influence of the slave trade on a literary tradition associated with personal and political freedom, and among this project’s most moving moments is Nabugodi’s reckoning with the limits and possibilities of writing herself into this lineage.