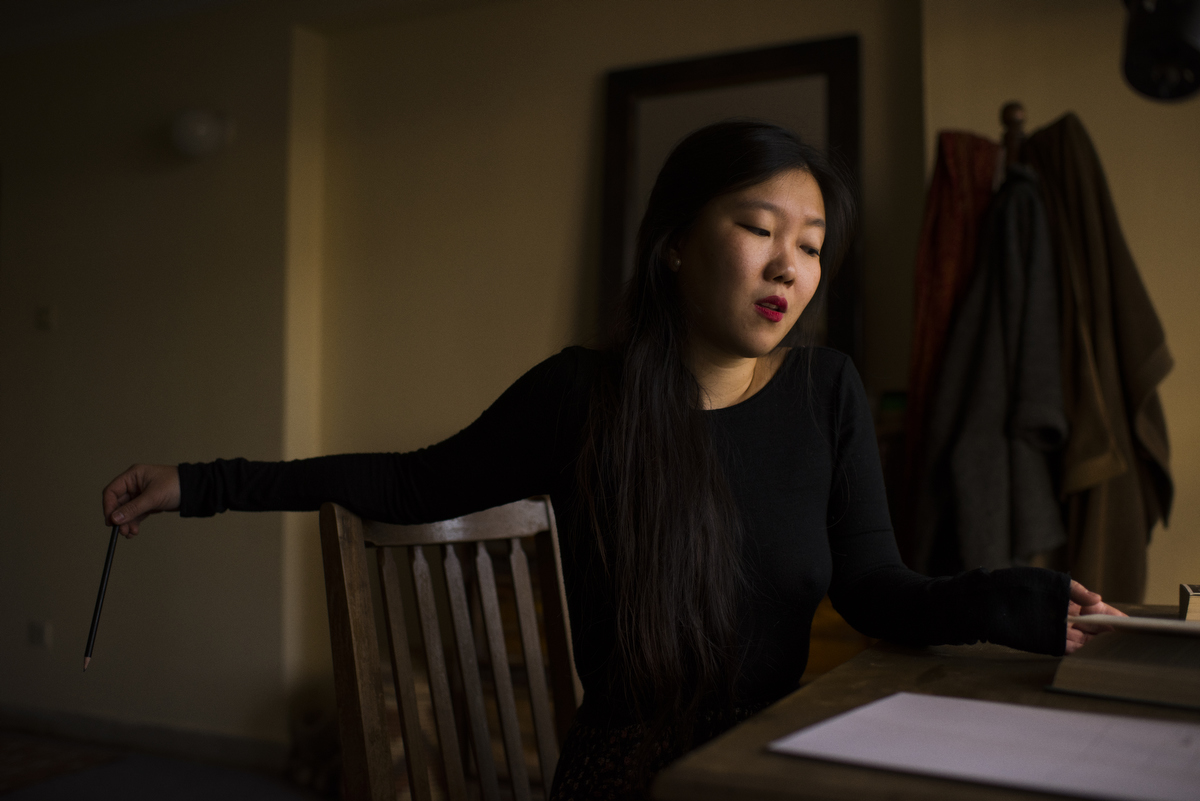 The Life: Sex, Work, and Love in America

To be published by Atria Books

The Life: Sex, Work, and Love in America examines the forces shaping sex work and the lives of its workers, and how these forces interact with race, gender, and class. Jeong explores the limitations of our justice system when it deals with sex work and sex trafficking, often criminalizing those who are victims as much as they are breakers of unjust laws. Investigating the various paths taken to sex work, Jeong shows how those in “the life” are often trapped in a cycle that punishes them for the crime of poverty or other diversions from social norms. Based on deeply reported life stories, The Life probes the injustices, indignities, and redemptions these workers experience and lays bare the intersections of immigration, sexuality, power, and labor.

Being a bottom was not unlike being a house mom in a strip club. Ty had connected the 1-800 number of his escort service to Sugar’s phone so she could book sessions for the girls. It was the bottom’s job to make sure nobody was doing calls behind Ty. Even if they succeeded in circumventing Sugar, the money would cycle back to Ty anyway, as the girls bought all their drugs from him. Whenever Ty recruited a new girl, which was often, say every other week, it was up to Sugar to take her out shopping, get her hair done, her nails done, and ready her for a date.

This, Sugar was certain, was yet another sign of her special status in Ty’s universe.

Later Sugar came to see her bottom status with greater ambivalence. It had nothing to do with any special amorous feelings, it occurred to her, but that she was among the few still sufficiently sober to keep Ty apprised of events. Sugar continued to live in Ty’s thrall.

In the beginning, Sugar refrained from using hard drugs, which was frowned upon even among other workers. Sugar began, haltingly, on half an opiate taken the special Cry Baby way; Cry Baby had shown Sugar how to pack a pill inside a McDonald’s straw and bite down on the plastic before emptying the crushed pill down alternating nostrils.

By the end of the week, Sugar was taking two or three pills a day like this. The following week, another escort, Nuba, taught Sugar how to do a speed ball, mixing cocaine with crushed opiates diluted in water, injected intravenously. By the month’s end, Sugar had become what she called a trashcan junkie.

Soon Sugar was beginning the day with half a joint, then alternating between oxycodones, which the girls called blues, or cocaine, called whites. Between the whites and the blues was a vast ungovernable stretch of unconscious expanse, punctuated by moments of fleeting awareness. During those brief sober moments, Sugar spoke to Sierra about what she might do if she could just get out of the life. They wanted to set up in Gainesville, where Sierra would work as a medical assistant, her old job, and Sugar would start college. But they couldn’t seem to save any money. Once, Sugar made eight hundred dollars in one night and woke up to fifty the next morning. She had spent it all in a black-out. On another occasion, she found a pill underneath a hotel bed. Sugar suspected it was MDMA, though she wasn’t sure. She took the anonymous pill anyway, and woke up the next morning in an entirely different room of an entirely different hotel, not knowing how she had gotten there.

At first Sugar went in sixty-forty with Ty just like the other girls. If a regular call was a hundred and fifty dollars, Sugar kept nearly a hundred. Out of the hundred, if it was an out call, Sugar paid the driver a twenty, leaving her with seventy-six dollars. She split the room with another girl, usually at thirty-five dollars per night. With the remaining forty-one dollars, she purchased pills, which went for twenty each. Even if Ty cut you a deal at fifteen dollars a pill, if you were doing four to five pills a day – most days Sugar was doing ten and some girls did twenty – you were left with little or no money at all. Even in her loopy, very high state, Sugar surmised it would be a better deal to give Ty all her money in exchange for access to an unlimited amount of drugs.

It was a godsend when a hotel had a washing machine, but otherwise, garments were hand-washed in the basin. Mostly, the girls did runs to the mall, as it was easier to buy than to wash or mend. Such challenges of the hotel life never got to Sugar, as she existed  in a kind of fugue state and could only be shaken out by drugs. The monomania that hard drugs demand of its users manifested itself in a kind of clarity of purpose in Sugar, the kind found in those who practice deep meditation, or the singularly devout.

When we think of trafficking, we think of global conspiracies spanning international borders, but actual, everyday domestic trafficking is much less organized. It is often a function of poverty or neglect, or coordinated by those you love.

May Jeong is a reporter at Vanity Fair. Her reporting from Afghanistan has been awarded the South Asian Journalist Association's Daniel Pearl Award and the Bayeux Calvados-Normandy Award for war correspondents. Her work has also been recognized by the Society of Professional Journalists and the Livingston Awards. She lives on land ceded by the Lenape people in the Treaty of Shackamaxon in 1682, in an area currently called Brooklyn, New York.

The grant jury: May Jeong’s examination of the everyday lives of sex workers, including the victims of the Gem Spa murders, exudes compassion but rests on immersive reporting and incisive analysis. Her narrative approach is both delicate and kaleidoscopic, combining her interrogation of the societal and legislative underpinnings of sex trafficking with individual stories that reveal the human cost of criminalizing its victims. Jeong’s book is poised to draw much-needed attention to an overlooked civil rights issue and has the potential to become a classic of investigative reporting.