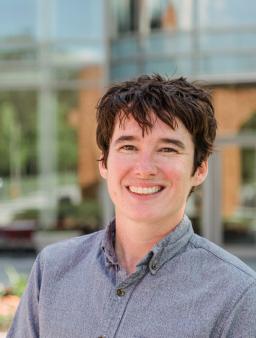 Sarah Fouts and the Project Neutral Grounds team will collaborate with street-food vendors in New Orleans on a multipronged initiative dedicated to the complex history of food culture. The project entails public events featuring facilitated conversations among historians and vendors (not to mention opportunities to sample the latter’s wares, from tacos to Soul Food); a zine illustrating historic and contemporary stories about street food; and a digital and physical archive hosted by the Southern Food and Beverage Museum highlighting photos and oral histories. Through food, this project will intersect with histories of the city’s blending of cultures, of migration, and of how culture is re-formed in the wake of disasters like Katrina.

Project Neutral Grounds is a holistic project, creating something to attend, something to provoke discussion, and something tangible participants can take with them. Ultimately, the goals are to bolster the ongoing work of organizations like Project Hustle, which unites Black and Brown street vendors toward more cooperative work and cultural spaces with shared resources, to give street-food vendors a platform to showcase their experiences in the city, and to disseminate to a broad public these histories that have shaped New Orleans over the last two decades and longer.

The judges were compelled by the project team’s commitment to working collaboratively alongside community partners every step of the way. They also found the plan to give street-food vendors pamphlets to distribute to their customers to be an engaging and innovative way to introduce this history to audiences who may not seek out the humanities in more traditional forums. And as the 20th anniversary of Hurricane Katrina approaches in 2025, the judges were heartened by the roadmap this project lays out to empower New Orleans residents to discuss complicated histories through a shared love of good food.

Sarah Fouts is an Assistant Professor at the University of Maryland, Baltimore County, in the Department of American Studies, an affiliate professor in the Language, Literacy, and Culture doctoral program, an affiliate professor in the Latin American Studies minor, and program director of the Public Humanities minor program. Currently, Fouts is working on a book manuscript which uses ethnographic and archival research to analyze the transnational stories of Central American and Mexican food industry workers and day laborers in post-Katrina New Orleans.

Fouts’ research includes public humanities projects with the Southern Food and Beverage Museum, the Southern Foodways Alliance, and the New Orleans Workers’ Center for Racial Justice (NOWCRJ) New Orleans Black Workers Organize labor history timeline. From 2017-2019, Fouts produced and edited the series “Latinx Foodways in North America” for the Society for the Anthropology of Food and Nutrition. Fouts is also an op-ed contributor for the New York Times and contributes articles to NACLA and Gravy magazine

Our project aims for a collective and power-sharing partnership of collaborators and leadership team who come from a range of backgrounds. The leadership team, which consists of Sarah Fouts, Toya Ex Lewis, and Fernando López, have worked together in various organizing capacities since 2013. Sarah Fouts will serve as the project director. Toya Ex Lewis, who was born and raised in New Orleans, will serve as organizing director. Toya currently organizes Project Hustle, a project geared towards decriminalizing the hustle by centering and uniting Black, Brown, and Indigenous hustlers. Fernando López, a Mexican-born documentarian, will serve as creative director. Fernando has helped organize and curate spaces dedicated to BIPOC and LGBTQ+ communities drawing in hundreds of participants and facilitating the interaction between diverse groups of people and cultures.

Project: Project Neutral Grounds: At the Intersection of People, Street Food, and the Hustle 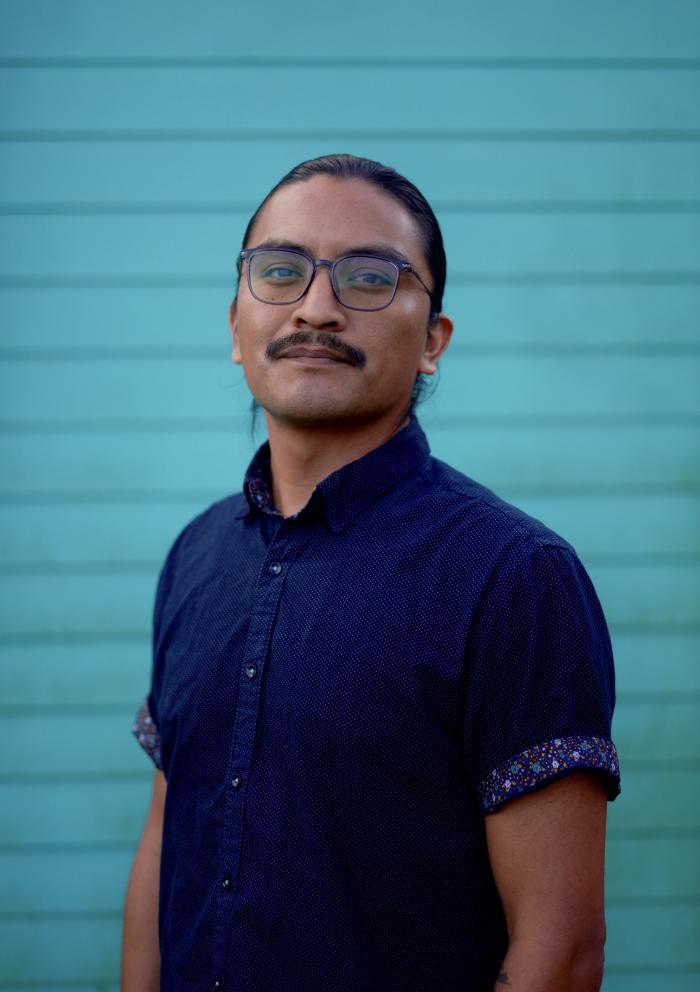 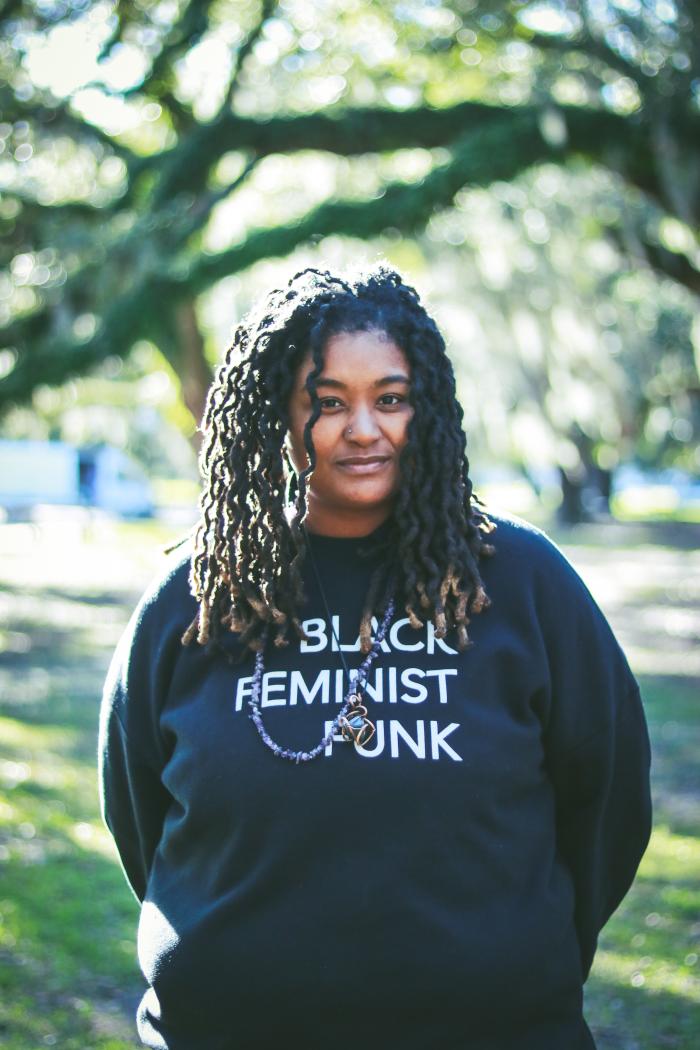 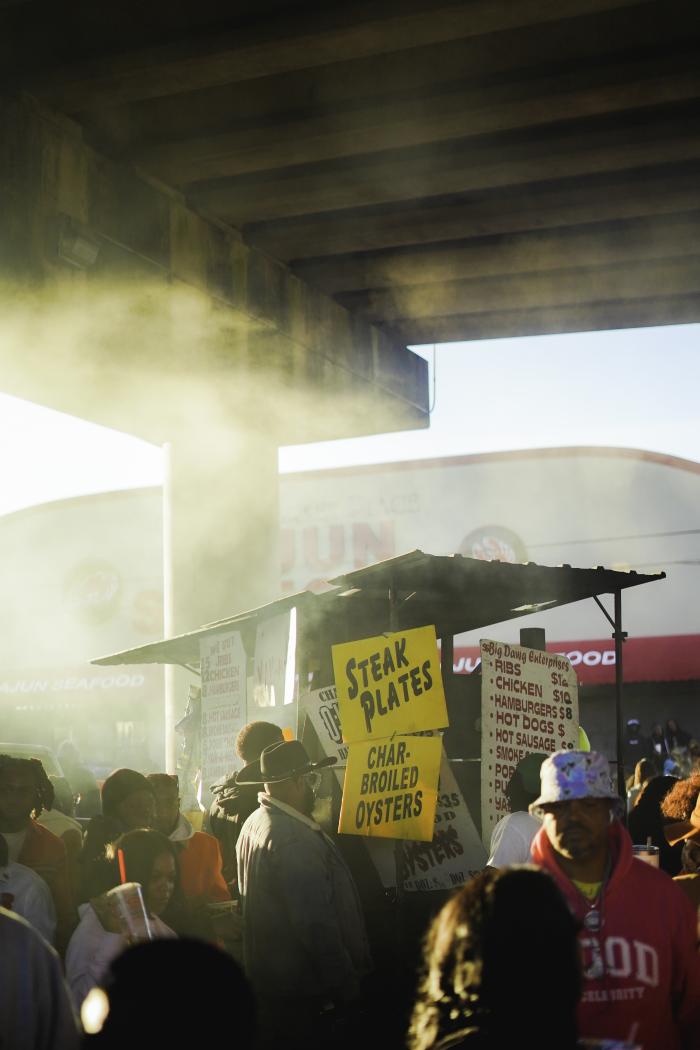