The guilt we attach to philanthropy or, with less depth, the simple evasion of taxes when large corporations honor artists, has lessened, if not faded, to the point where artists no longer look on such rewards with a mixture of gratitude and self-contempt, but rather with a hope for more patronage from business and the republic itself. Artists do so not from greed but from reason, the argument being that real patronage is neither cunning nor evasive, self-advertising or guilty, but is an investment, the soundness of which is not in money, nor even the spirit of money, but in the patron’s faith in the individual artist, in the belief that the generosity is overdue although the artist owes such bounty nothing in return, any more than he owes the republic.

To avoid arrogance on either side, this proposition has to be true. The danger is, of course, that prizes are by their very nature competitive and hierarchical, and there is no artist who does not believe when he or she is rewarded that they have not deserved such a reward.

In Hollywood you take the money and run; in New York you take the money and walk. But when there is sudden access of practical fortune, as happened to me in some poor country out in the sticks, you take the money and kneel, and the bigger the bounty, the more pro acted the genuflection. This may mean that you have been bought without your knowing it, that you have contracted for a subliminal slavery, henceforth confirming the lineaments of your once furtive endeavor now defined by the public glare of a prize, that you have been recognized but also have been caught attempting to escape, that you will ascend the prize platform like an auction block, that you will now be sold, that your brow will be bound with a leaden laurel for you are now a star, a prize-winning poet, a flash bulb celebrity, a reputation to fish with, an oracle, a portent - poor you, rich you.

Your least phrase is now imbued with seraphic portent, but if you are wise you say to yourself what Rimbaud, who won nothing, said: that the “je” is another person, “je sues un autre.”

So the you whom we applaud is not you, not even your worth, but rather the idea and the necessity of your true calling.

The hand of the republic extending its check, its ribbon, its medal, expects you to bite it. That remains your privilege. There are so many who applaud you without envy, not for who you appear to become by this recognition, but for a more lasting investment, the spirit of your common calling, which cannot quite be separated from the rising waterline of a nice check to launch a career or keep a craft afloat.

Nothing can repay the pleasure you give to a single reader, but we are all happy when a foundation such as this one tries to match it.

Derek Walcott is a poet, playwright, writer, and visual artist. He is the author of more than thirty published books. In 1992, Walcott was awarded the Nobel Prize for Literature. His other honors include an Obie Award for his play Dream on Monkey Mountain, a MacArthur Foundation “genius” award, a Royal Society of Literature Award, and a 1988 Queen’s Medal for Poetry. Walcott is an honorary member of the American Academy and Institute of Arts and Letters. He is also the founder of the Trinidad Theatre Workshop and the Boston Playwrights' Theatre. Walcott resides in St. Lucia. 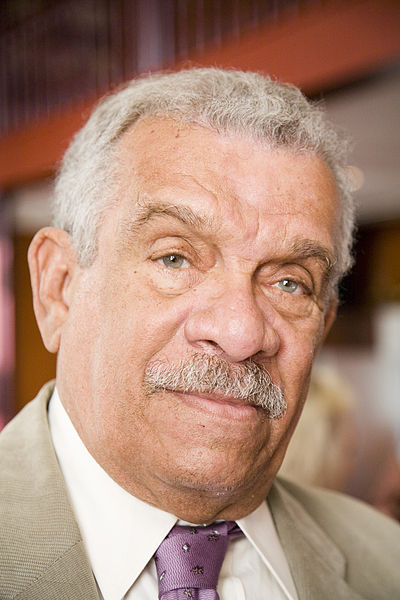